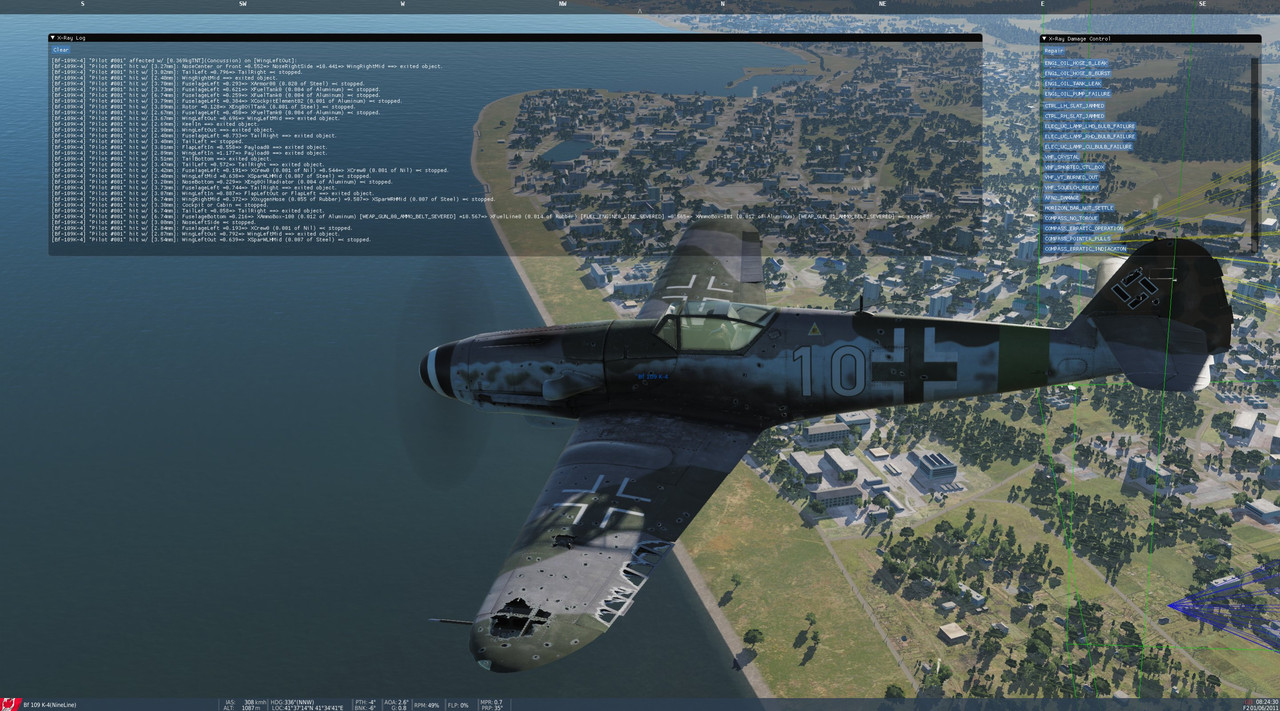 "Damage Model Progress Update
Our new damage model is currently being implemented and tuned to the specifics of each of our internally developed WWII aircraft in DCS World. Each aircraft has unique hydraulics, pneumatic and electrical systems, materials and kinematics. As a result, the predicted damage depends on the type and location of impact will vary substantially. The internal effect such as coolant or oil temperature variation, loss of pressure, loss of control or other effects should, in turn, generate the corresponding predicted the internal and/or external visual effect.

Our AI aircraft will also be tuned appropriately and this work is ongoing. We have also added some great tools for testing the damage model on our internal builds. With these tools, we can track the trajectory of hits, shrapnel and damage suffered. In the attached screenshot, you can see the result of a testing session with a Me-109K-4 vs some Flak fire. In the X-ray log window, you can see how different hits make their way into and in some cases through the aircraft. In one instance, an object enters the left tail and stops in the right tail. While the graphical representation isn't the exact location, on the aircraft you will see damage entering at this location, but not exiting on the other side. In another case, you can see objects entering the wing tip, and exiting the middle of the wing. Again, the damage would show on both sides of the wing, based on objects entering and exiting it. As well, you can see how an object entered one Ammo Box, severed the ammo belts on 2 guns, as well as severing a fuel line before stopping in a second ammo box. If you were to use those guns, you would run out of ammo before the indicators showed you did. You can see by the log data that we track the path of the object, the material and/or items passing through it."
Voltar ao topo
Responder
1 mensagem • Página 1 de 1