"First released several years ago as our first DCS World War II fighter, we recently revisited the Mustang and provide an all new cockpit and external model using modern rendering techniques like deferred shading and physical based rendering. We also added the option to fly two versions of the P-51D: the P-51D-25-NA and the P-51D-30-NA that were used in the European and Pacific theaters of operation. 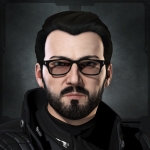