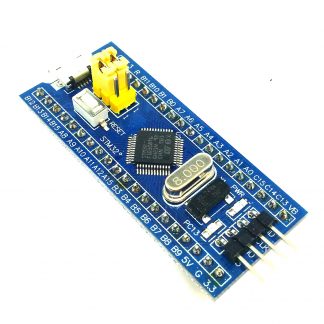 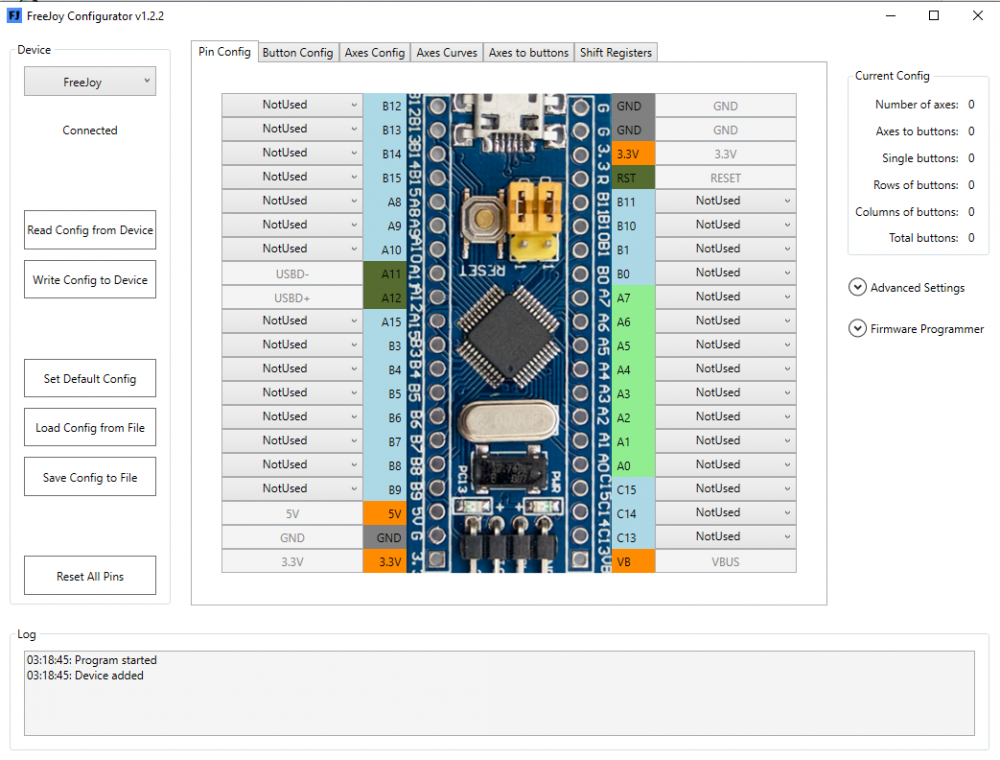 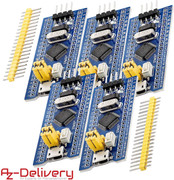 Run old configurator v1.5.x and connect your device
Using Firmware Flasher upload Bootloader.bin file from the archive to the device. It should reboot and connect as FreeJoy Flasher
Delete old configurator and install the new one (v1.6.0)
Upload new firmware FreeJoy_v1_6_0bx.bin via FreeJoy Configurator v1.6.0 as described in wiki
If you have a programmer device you can flash .hex file as usual (bootloader is already included in .hex file)

HID bootloader. The method of downloading firmware via the configurator has been changed, now flashing after uploading “beaten” firmware from the configurator does not require a programmer
Timers for buttons (delay before pressing and holding time)
Sequential_Button - Non-latching buttons toggle sequentially. Same as Sequential_Toggle, only wring out after triggering
Invert option for all logical buttons
Option to turn off status output to the system for all logical buttons
Trim axes with buttons / encoders
Centering the axis with the button (trim by helicopter)
Scale factor for axis output (1% to 255%)
Activating the combined axes function by button
Activate button axis scaling
The "Equal" function for joint axes. Equals the value of one axis with the value of the other, when used together with the activation of joint axes, the button gives the function "Dual ORE"
Encoders can now be used as full axis sources
Support for one encoder with high resolution (sampling frequency of several MHz)
Encoder read permission setting
Improved measurement accuracy of the built-in ADC
Improved stability of reading shift registers
Configurator Interface Improvements
Improvement in USB communication
The process of installing the configurator has been improved ( after this version, you will not need to remove the previous configurator to install a new one). The configurator is installed by running the Install.bat file.
Important!

You can upgrade to this version from version v1.5.x  without using a programmer. To do this, perform the following steps: